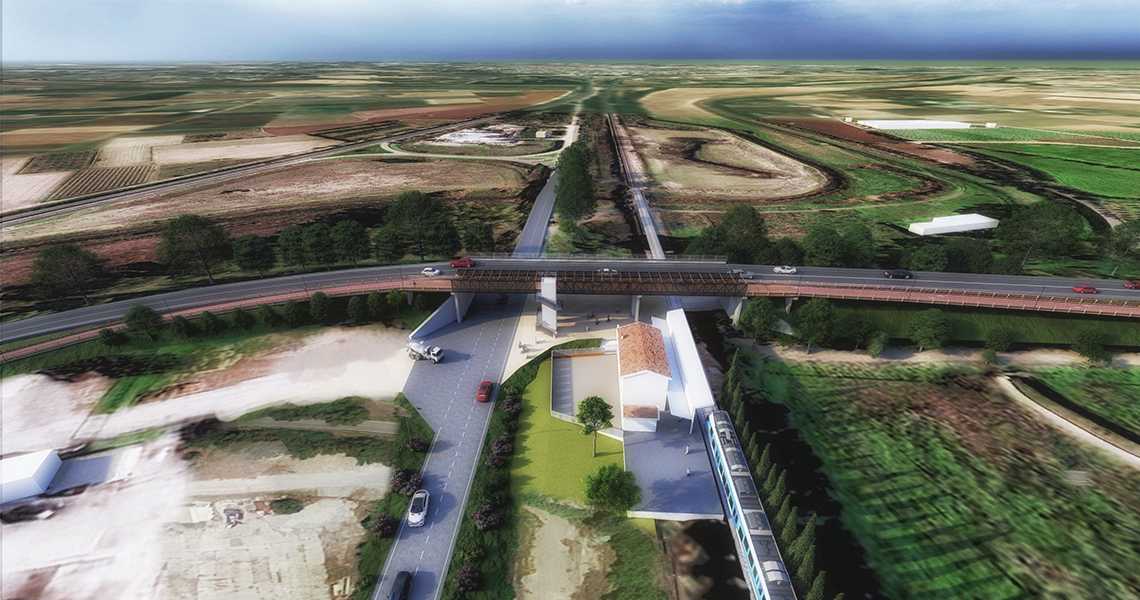 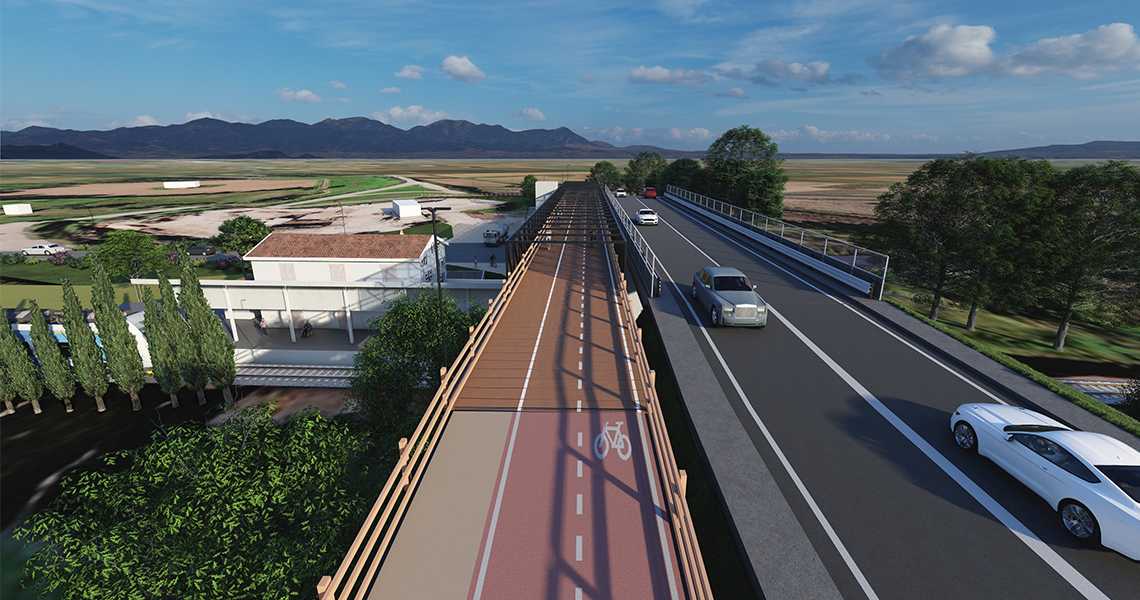 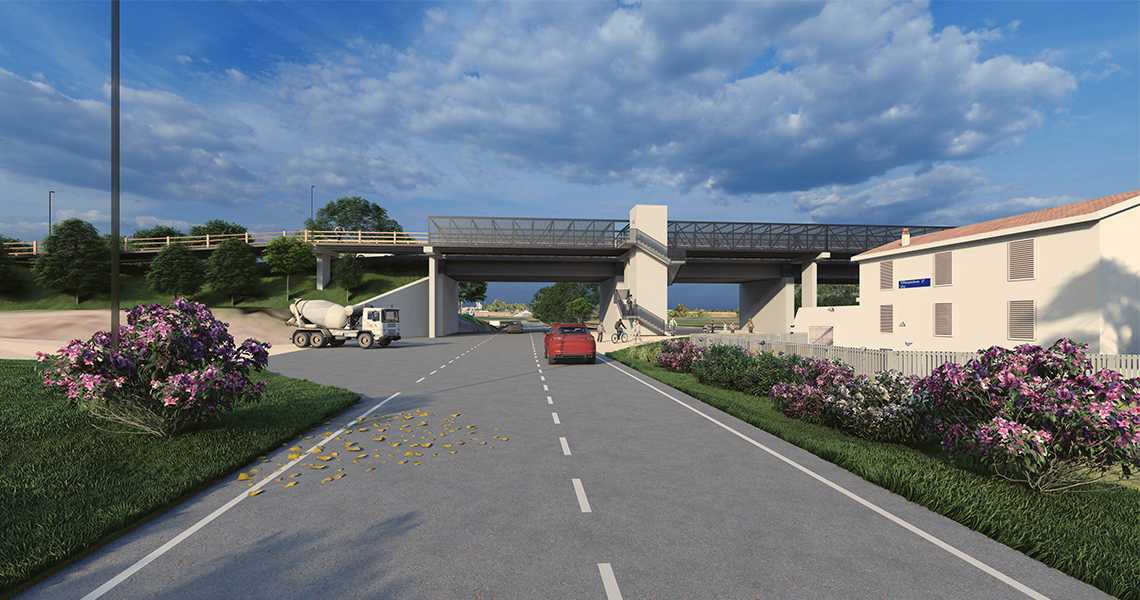 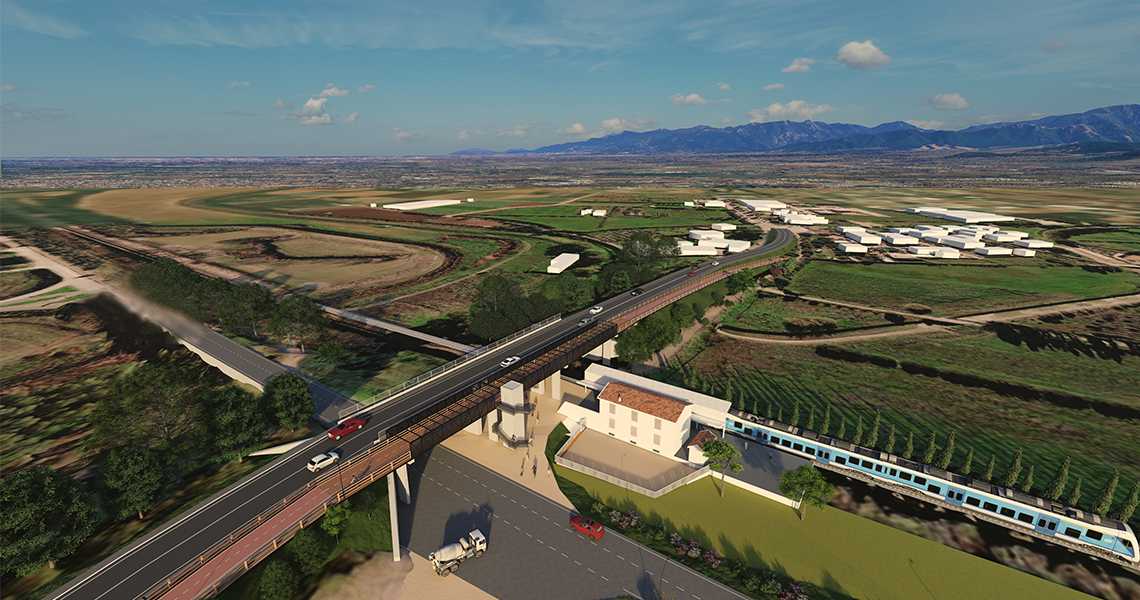 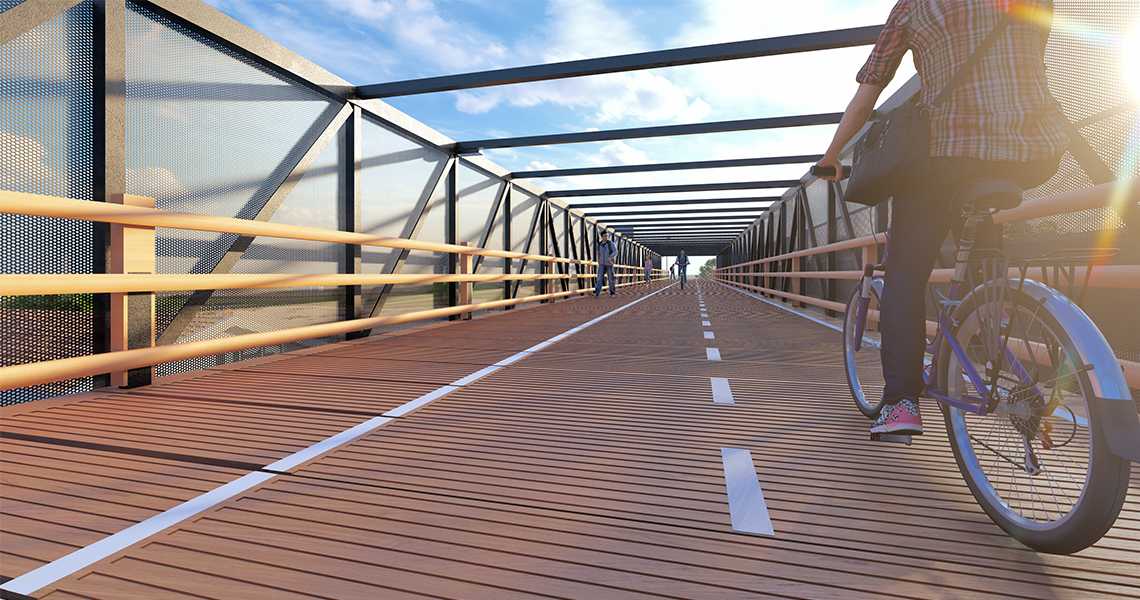 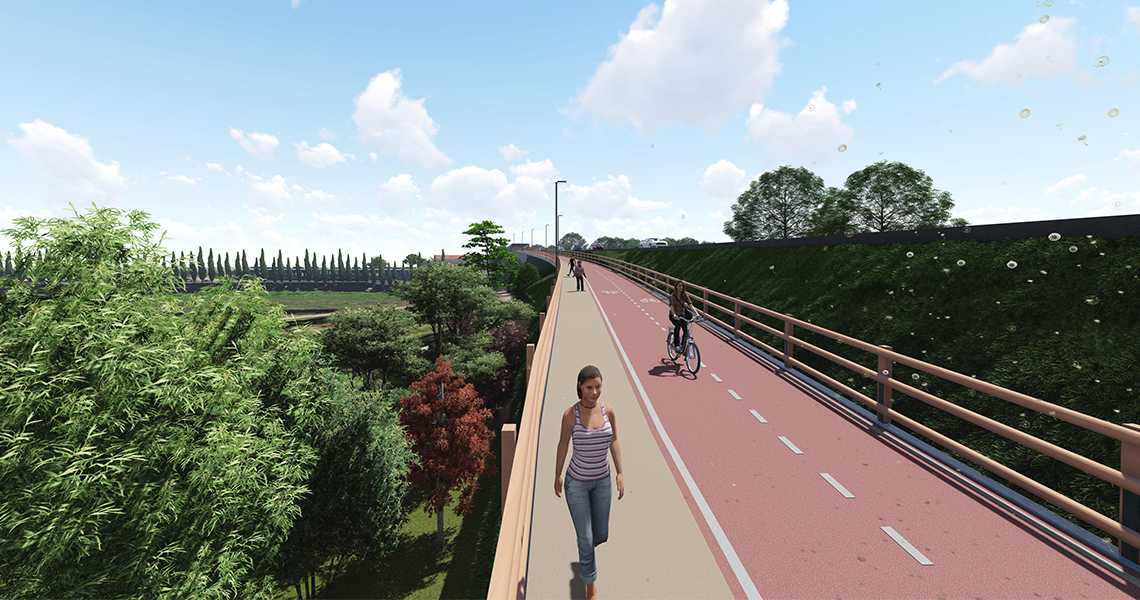 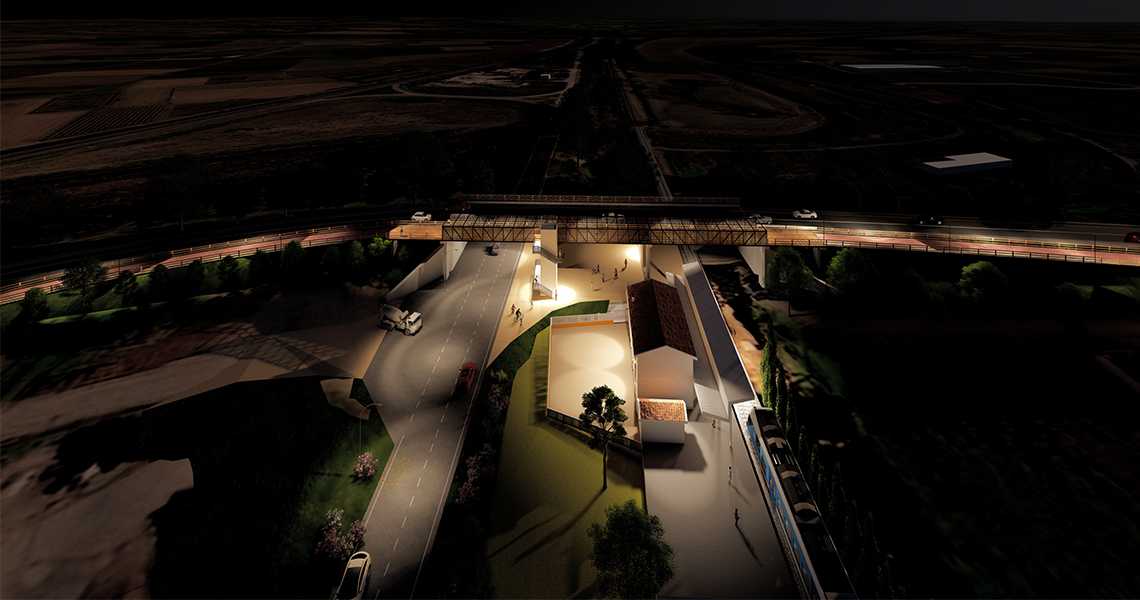 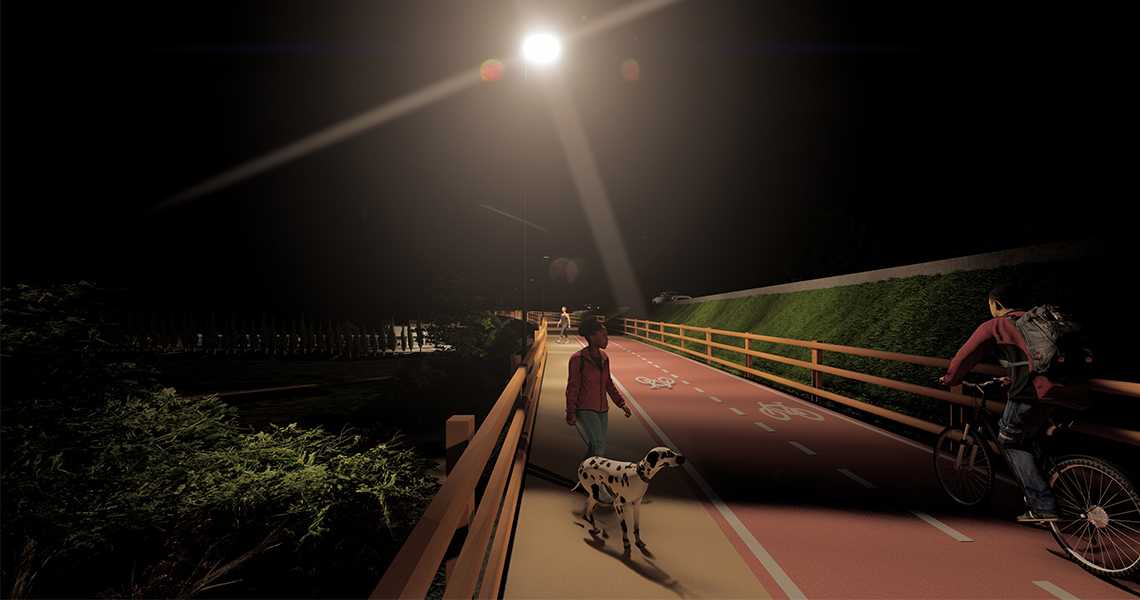 The project addresses the issue of the disconnection between the contiguous territories of Uta and Villaspeciosa, determined by the presence of the railway infrastructure, by proposing a solution capable of reconnecting the two towns to the railway station in a safe and effective manner.
The proposed solution also aims to lay the foundations for the future implementation of additional cycle-pedestrian routes of a mainly tourist nature, also in relation to the broader project that the Region of Sardinia is developing on the subject of cycle paths.
The general philosophy of the project is to connect the FS train station to Uta by means of a ramp that will be able to develop with a constant slope along the supporting scarp of the provincial road; this ramp fits perfectly with what is already provided for in the local planning acts, constituting an effective system with respect to the sustainable mobility solutions envisaged by the Administration.
The overpassing section will consist of a steel bridge divided into three spans of approximately 20 metres, each of which will rest on independent elements with their own foundations; each of the three sections of the bridge will consist of a steel reticular structure; the walking surface will be made of laminated wood staves, while the lateral parts will be delimited by expanded aluminium sheet panels.
The entire route will be illuminated by pole-mounted LED luminaires.
The connection to the railway station will be through a vertical communication block consisting of a staircase and a lift (of adequate size for transporting bicycles).
The project pays particular attention to the insertion of the new infrastructure in the reference landscape context, with the aim of also mitigating the impact of existing structures (road overpass, retaining works, etc.).