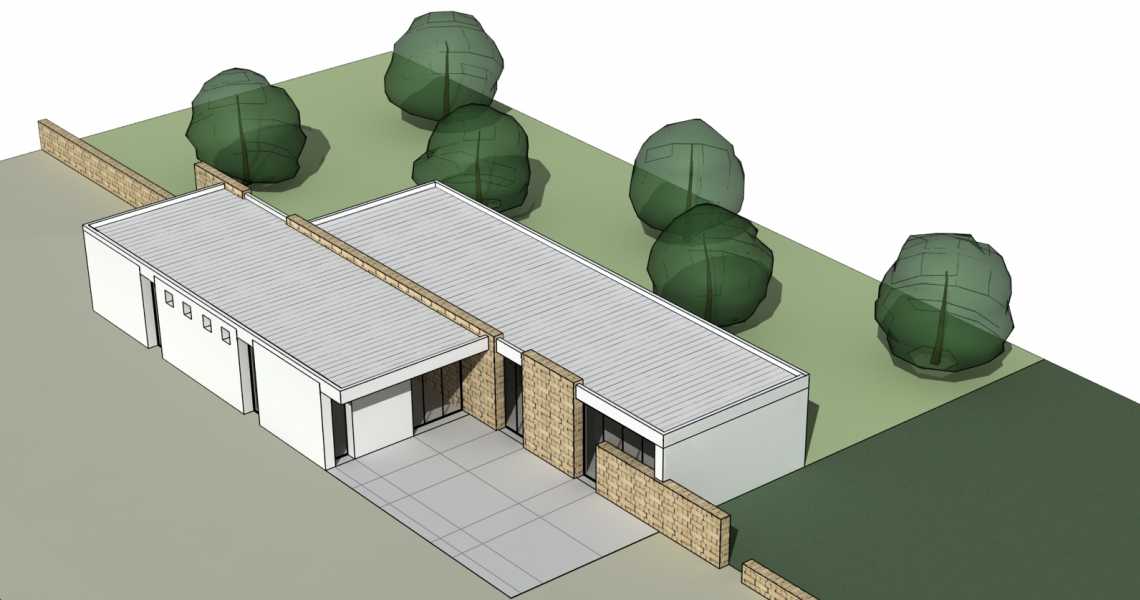 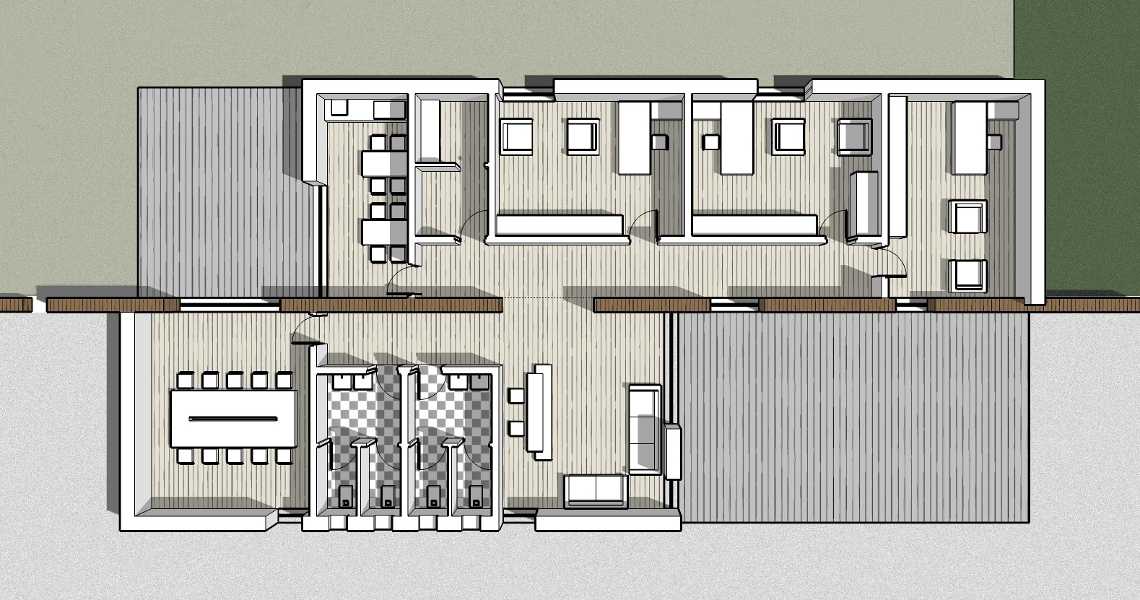 The project of representative offices of a major company in Baku In Azerbaijan, is based on the need for implementation with a limited repertoire of locally available materials and traditional construction techniques.

The result is a building of great clarity, consisting of two rectangular volumes juxtaposed, using a longitudinal slip, to a central wall which constitutes the main axis of the project. The central element is made from a stone masonry, is a heavy element to which the other parts of the building, characterized by large glazings and white plaster to give an idea of ​​lightness, engage.

Functionally, the building is formed from a public area (reception, meeting room, offices) effectively separated from the other side to be used as guest house for travelling staff (bedrooms, own bathrooms, kitchen / living room).

Volumetrically the building developes on one floor and the composition of the central wall on which the low side volumes are localized, once again manages to accentuate the horizontal development of the elevations despite its small size.